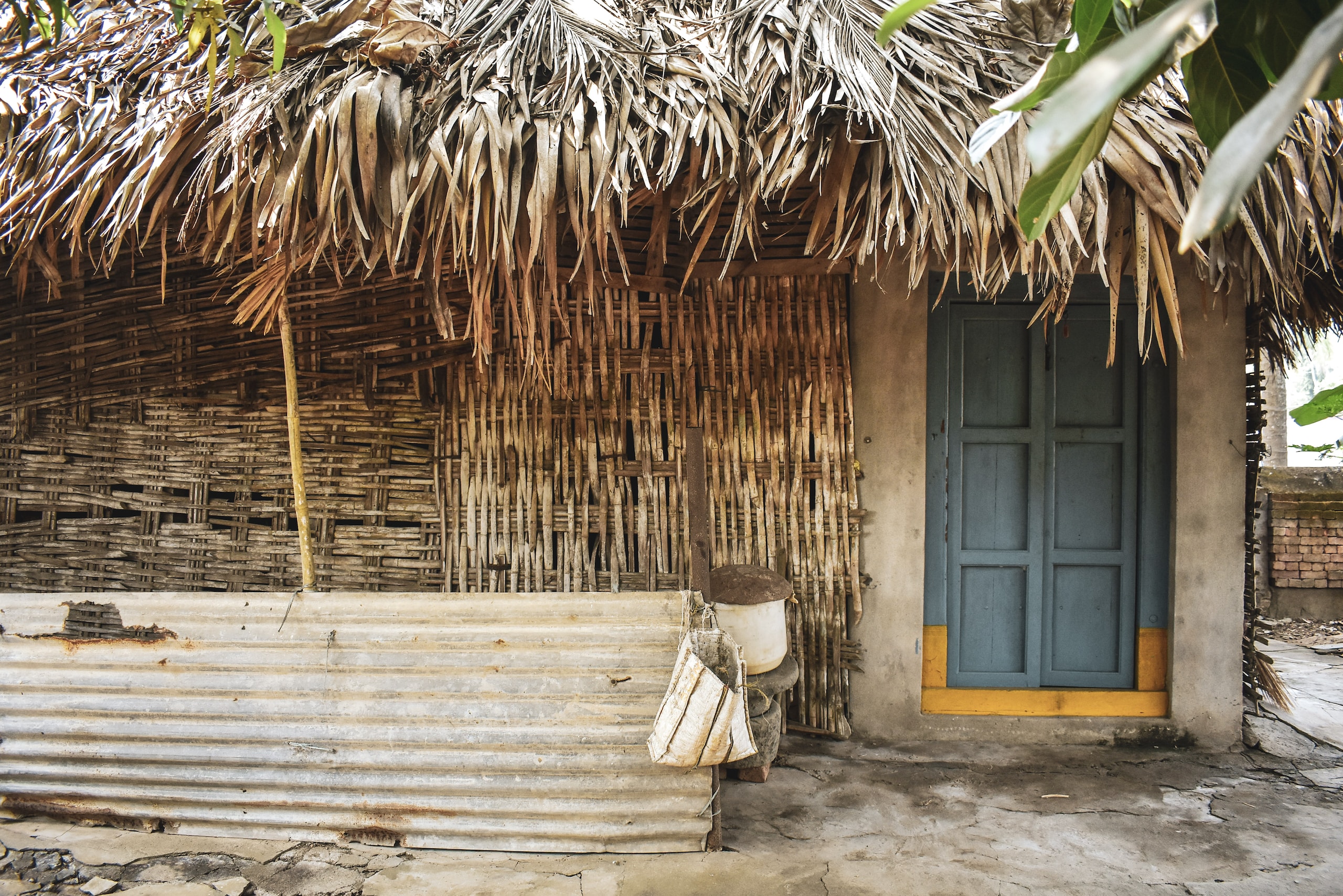 The story of a marginalised Indian farmer, who has no choice but to go on.

We all derive our motivation in different ways. But for most, motivation isn’t a word they have studied in the cliched urban dictionary, but a choice that comes to them without another. There was a time, when I was once told, that 70% of the Indian population is dependent on agriculture for their livelihood. And there are problems that the system faces, in terms of non-availability of “modern methods” such as irrigation, fertilisers, marketplaces for produce and disguised unemployment.

Needless to mention, the hardship on people when they are faced with drought, famine, epidemics and lack of facilities for the marginalised like modern education, sanitation, healthcare, electricity and communication.

Married at an age, when many of us are choosing what third language to pursue in school, this young man had little choice but to consider migration towards the brimming city life, when a fellow villager recommended his credentials for a government job. Born of a Hindu Brahmin family where land belonging to forefathers continues to be divided among offspring who would continue to till the land for generations, he sought opportunity to get a job to support his parents and young wife who would be soon to bear his second child and daughter. The first, born still.

He moved into the city, only to become an office boy in a government organisation that would later become a navratan company. But before his position could become permanent, his application was superseded by someone’s, who hailed the privilege of belonging to a backward caste. With no savings, this man had little choice but to seek employment in a private company, as a factory helper. Over the years, his humble income did not allow him to permanently keep his family and children with him in the city. And with his loving wife, who was also always concerned about the parents decided to stay in the village, and bring up the children, in an environment where there was limited access to education and urban exposure.

One night, a centipede crawled into his ear, that ate into his ear drum. Medical facilities available, coupled with limited financial ability and lack of education and exposure, weren’t enough set the damage right. He accepted the disability as a part of his life and kept going.

A little over a decade passed, and he arranged for his neighbour’s son in the city to marry his teenage daughter. The amount of Rs. 10,000 sponsored a grand wedding send-off, and for him his daughter was now living closer to him. Some would call it happiness, but this was all a part of his journey. His wife and son remained in the village, who he would visit every second month.

As his father parents aged, his visits to the village became longer and more frequent. No one offered this man continued employment in the city, because of his repeated leave of absence. He had responsibilities to till the land, and that was the main subsistence for the family. It was discovered soon, that he was epileptic and co-workers singled him out from circles for reasons of superstition and the dangers associated with the duration of his fits. He felt it would be stupid to sell off the land and move to the city entirely. From the little money he would get for the land, he wouldn’t be able to establish much in the city. He did not possess skills for a brilliant job and salary, and his handicap provided him with little opportunity.

In between, he had another son. Almost at the same time as when he also became a proud grandfather. At this point, he decided to sell off his little shack (jhuggi) in the city and move back to the village with his savings and open a little portune shop. The elder son who now also had a family volunteered to help him out. With part of the money he had saved, he managed to buy a second-hand motorcycle – in the wake of achieving his aspiration and as a vehicle that would allow him to run around the village in order to get supplies for his little shop or do home deliveries.

But the real disruption was in the service he offered his villagers by offering telephony connectivity at the doorstep, via a second hand mobile phone for Rs. 5 per minute. They could receive calls from friends and relatives, and he would allow them to make outgoing calls, as well as trace out the recipient for a call in the village that had no electricity to even charge his handset. Help for that was provided for at the base of the village’s mobile phone tower, which was powered by a diesel generator, where services were available to charge inverter batteries and mobile phones.

The main FMCG business was a money-losing proposition, as everyone in the village community is not only a distant cousin or relative in the family tree, but also a close acquaintance in the social system – quite unlike urban or western society. Possibly, this is the reason why most marital match-making in villages even today, is done among people from neighbouring villages. What it means for business is, there is a long line of credit among customers, who the shop owner can rarely pursue, because of their social associations.

Thus, over a short period of time, our hero lost most of the money that was invested in his venture. And the contributing side of the business, i.e. the mobile phone service was destroyed in the monsoon hungama by Reliance, when incoming and on-network calls were made free, and a brand-new handset cost only Rs. 500.

As the elder son, who had consumed a respectable share of the shop’s supplies in his household, was not willing to move to the city and seek employment, our man decided to pre-maturely partition his limited estate, so the growing second son would continue to feel secure and not lack opportunity.

With not much recourse to an income, in order to sustain, he returned to the city, as the household help for an understanding family, who also offered him accommodation while on the job. Valued for his honesty, sincerity and simplicity, he continues to shuffle between his village household and the city where he earns the bread and butter to support his family.

He supports his younger son, who is now married, to pursue college education in the village, which is supplemented by a computer course that comes at a cost of Rs. 1000 a year without any working knowledge of modern computers, word-processing or remotely, the internet.
The government handed out “laptops” to students who were passing out from school, but with due credit to a small motorcycle injury, his son had to take exams as an external candidate and thus, was not eligible for the grant of modern equipment that could catapult his learning to another level. Because he belongs to the Hindu Brahmin society, he is not eligible for any reservation in colleges, or subsidies.

During Deepawali, the innocence of an exploding firecracker on his shoulder, rendered his working ear-drum partially damaged. With only 20% hearing left, social life in the village limits his aspiration to use of aids. He highlights that people in the village predominantly consume fresh milk from domesticated cows, eat fresh fruit from the trees and organically grow vegetables, have healthy eyes, ears and sensory organs throughout their lifetimes. Thus, if a man from the city wears spectacles and hearing aids, he is easily made the subject of jokes and harassment offered by the young who lack empathy. He prefers to not see clearly or hear properly, by not wearing spectacles or hearing aids that will attract personal jokes.

He also prefers not to believe too much in government schemes and welfare programs, for lack of overall faith among villagers in the banking system that falls short of delivering.
To most of us, he will come across as an uneducated fool. But when you ask this man, when is it going to rain, he knows precisely when it is going to. He can confidently tell whether the satellite forecast is correct or wrong. How? The famer’s almanac! So precise. Still continuing age-old traditions and sciences, their social network knows exactly what is good as a farming practice, why and how fertilisers fleece the natural cultivability of the land. They know how to time their crop – from sowing until harvesting, but are dangerously affected by floods and droughts.

At the beginning of this year, he sold off two of his three domesticated cattle, at less than a quarter of the market price, in the wake of drought and his inability to look after them. It was like parting with children he said – they wouldn’t leave the premises, but he hid the pain inside his heart. A month later, on a day when he was about to leave for the city, where the job had become even more imperative so he could feed his wife, son and daugher-in-law, his third cattle died. She fell sick overnight, and before they could get her to a vet, she had stopped showing signs of life. Not only was it a painful parting for his family, they depended on her for milk and fuel for their clay oven.
He returned to the city shortly thereafter. To continue working hard for an income with self-respect. Hidden are his pains behind the smile he offers, each time someone calls his name that he can hardly hear. He faces the insistence of his elder son, who further wants a share of what remains, because he chose to sell off his portion to move to the city, where things didn’t work out.

When you visit this man’s humble home in the village, the family will welcome you like God has appeared at their doorstep. His committed wife who cannot understand much of the urban dialect will cook a finger-licking scrumptious meal, and the younger son will offer you hot milk with jaggery, stirred to saturation. Their love is unconditional, without expectation of reward. It is just the way things are. Guests are revered, and their innocence is preserved. They smile and laugh. They will ask you about your family, if everyone is fine.
Despite drama, hardship, difficult circumstances and lack of opportunity, life continues. In the corners of humility, there is no room for tears. There is even lesser room for sympathy. There is only room to have a very big heart. Unfortunately, the bigger heart is often not ours. But, that is the story of an ordinary man from my country India.